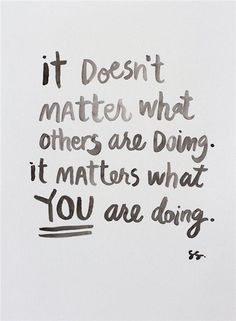 Move and Be Motivated

There are times in life when you just want to be lazy, actually sometimes you don’t even realise you’re being a little bit lazy until you really think about it. Now I wouldn’t describe myself as lazy, probably the complete opposite, however sometimes this “lazy moment” feeling does hit me.  Today I felt the “lazy feeling” creep up on me so I had to immediately do something about it because for me the less I do the lazier I get.

“I ain’t having that”, I said to myself, so I forced myself out of my comfy cosy bed, put on the running gear and reluctantly (at first) headed out for a run. One hour later and I had a nice little 10k run under my belt. There was no stopping me after that – but I had to move to be more motivated!!

So next time you’re in Mr or Mrs Lazy Mode, push past the comfort zone and force yourself to “get going and get doing”.  Move and be motivated to change it up a little, whatever that is for you, but just get doing.  The world won’t wait on you to get moving, you have to hold yourself accountable for that one.

The midnight sky, is vast and black, yet stars appear and light comes back.

YOU CAN DO IT by CLARABELLE CARDS